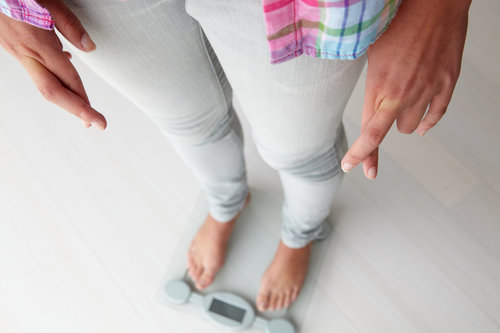 How eating disorders can affect your child’s oral health:

Without the proper nutrition, gums and other soft tissue inside the mouth may bleed easily. The glands that produce saliva may swell and individuals may experience chronic dry mouth.

Throwing up frequently, a common habit of teens with anorexia or bulimia can affect teeth too. That’s because when strong stomach acid repeatedly flows over teeth, the tooth’s enamel can be lost to the point that the teeth change in color, shape, and length. The edges of the teeth become thin and break off easily. Eating hot or cold food or drink may become uncomfortable.

Types of eating disorders to watch for in your child:

Eating disorders stem from a variety of emotional, social and physical issues all of which need to be addressed to help prevent and treat these disorders. Family and friends can help by setting good examples of eating and offering positive comments about healthy eating practices. While eating disorders appear to focus on body image, food and weight, they are often related to many other issues. Referral to health professionals and encouragement to seek treatment is critical as early diagnosis and intervention greatly improve the opportunities for recovery.

If you suffer from an eating disorder these practices can reduce oral health problems associated with it:

If you suspect or know that your child is suffering from an eating disorder, it’s important to talk to your health care provider. If your child is experiencing issues as a result of an eating disorder such as enamel loss or other oral health issues, please call pediatric dentists Drs. James and Samuel Owens office at 918.455.7700.